What Is a Blow Down Valve?

Blow down valve is usually used in boilers to discharge dissolved solids from boiler water. These valves are mounted on the boiler drain. Depending on the design and use of the boiler, one or more blowdown valves may be used in the boiler.

Boiler blowdown USES water intentionally wasted from the boiler to avoid the concentration of impurities as the steam continues to evaporate. Water is forced to be blown out of the boiler under certain steam pressure.

Why use blowdown valves?

Water is a powerful solvent that will dissolve small amounts of solids in pipes and vessels, including boilers. The continuous evaporation of the steam concentrates the dissolved impurities until they reach a level that may damage the steam production in the boiler. 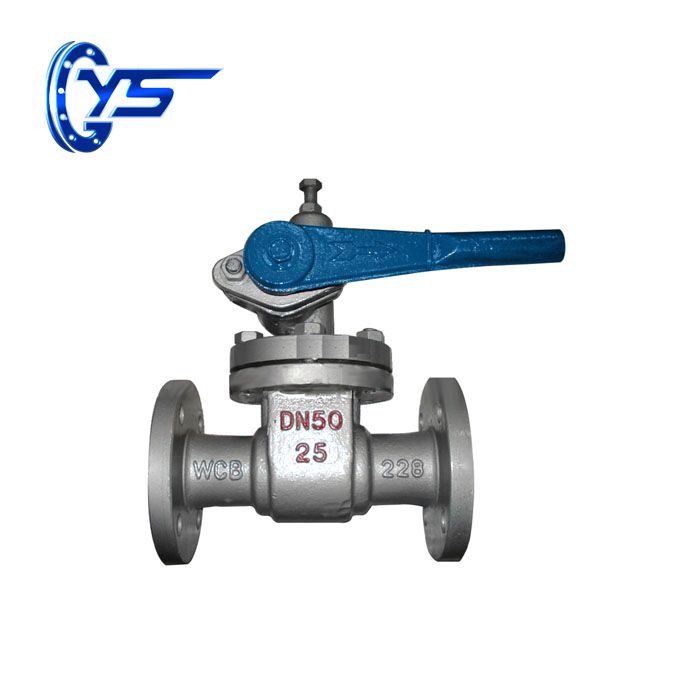 A small amount of water is continuously discharged from the boiler by surface blowdown to remove impurities dissolved in the boiler. The most effective method is to remove the water with the highest content of impurities, which can be found where the steam is separated from the steam drum at the top of the boiler.

• open the upper steam valve for a few seconds, then close it to allow access to the steam side.

• open the lower water valve for a few seconds, then close it and blow from the waterside. Now close the drain valve.

• open the water valve, then open the steam valve.

The sewage discharge from the low-water fuel cut-off device also discharges any silt or sediment. The reset switch is activated to restart the flow of fuel to the burner.

The simpler is the pipe that enters the steam drum at a normal water level, while the more complex arrangement is to connect the swivel joint to the pipe so that the length of the pipe suspended by the float is shorter. Skimmers may be more effective at removing the oil slick, which would otherwise cause foam.

Surface blowdown is usually fed into flash tanks and heat exchangers for heat recovery. Flash steam can be used in feed heaters.

The bottom blowdown involves periodically opening a valve in the mud barrel to allow boiler pressure to drain accumulated sludge from the boiler. A similar drain joint at the bottom of the water wall header reduces the frequency of blowdown. Several short blow-outs removed the sludge more efficiently than a single continuous blow-off. Shorter blowdown events will result in little variation in boiler water levels and are safer during periods of high steam demand. The bottom blowdown line drains the lowest part of the boiler, so it can be used for maintenance of the discharge boiler.

The diameter of the bottom drain pipe must be large enough to minimize the risk of the baked sludge clogging. Modern boilers discharge bottom blowdown into the blowdown tank, which can flash and discharge steam upward without carrying water that could cause combustion. A pipeline near the bottom of the sump keeps the water level below the sump entry point and allows cooler water remaining from an earlier sump event to be drained from the sump first.

How do blowdown valves minimize corrosion?

• two bottom drain valves are usually used in series. One valve is used as a sealing valve and the other as a blowdown valve. The sealing valve is usually opened first and closed last. Both fully open quickly to minimize corrosion on seat and disc surfaces.

• if there is resistance when trying to close the valve, reopen the valve to flush out particles so as not to clip scale or rust particles into the valve.

• whenever the boiler is shut down for maintenance, the bottom drain valve is usually rebuilt or replaced.

• suitable for all steam boilers.

Next: Manufacture and Installation Requirements for Cryogenic Valves