Under low temperature conditions, the performance of the seal is often damaged. In order to achieve a reliable seal, a reasonable seal structure or a larger specific pressure of the seal must be adopted. Therefore, it is necessary to evaluate the sealing effect.

When the cryogenic valve is working, its surface should not be dew condensation, nor should it be frozen. Whether the outer surface of the valve freezes depends first on the difference ΔT1 between the ambient air temperature and the surface temperature of the components, and secondly on the dew point temperature of the air. In fact, it is difficult to completely eliminate condensation under all weather conditions. However, if ΔT1 meets certain conditions, the possibility of icing will be greatly reduced, and the condition that the valve surface is not icing is ΔT1 ≤ 5 ° C.

As the nominal diameter increases, the performance of the valve improves. Therefore, the requirements for Kr and Km indexes should be changed according to the different nominal diameters. The value of Km also depends on factors such as the type of valve, the material of the valve housing and the structural integrity of its components. Generally speaking, the Km index of the butterfly valve is the best, but the low-temperature sealing performance of the butterfly valve is not very good, so it is only used to adjust the medium flow; the performance of the shut-off valve and the gate valve is second, and the low-temperature sealing performance is better. 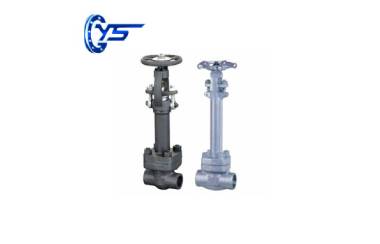 Next: Advantages and disadvantages of gate valves