Analysis of basic situation of valve industry: definition and classification

Valve (valve) is the control component in the fluid conveying system, with cut-off, regulation, diversion, prevention of countercurrent, voltage stability, diversion or overflow pressure relief and other functions. Valves for fluid control systems range in variety and specifications from the simplest globe valves to the most complex automatic control systems. Valves can be used to control the air, water, steam, various corrosive media, mud, oil, liquid metal and radioactive media and other types of fluid flow.

(3) according to the driving mode, it can be divided into electric type, pneumatic type, hydraulic type, manual type;

It is expected that in the next few years, with the rapid development of China's economy and the improvement of industrial automation degree, China's equipment manufacturing industry transformation and upgrading, as well as the country's investment in oil and gas, petrochemical, environmental protection, power, metallurgy and other fields continued to grow, China's control valve market overall scale will maintain a rapid growth. 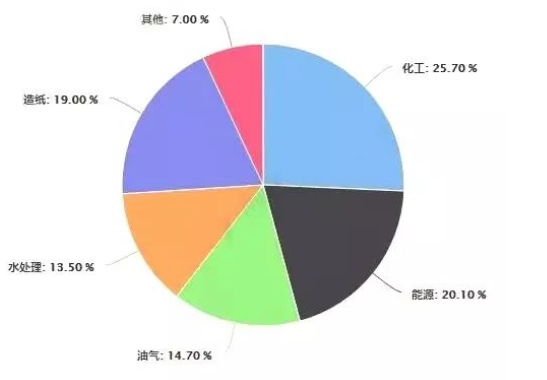 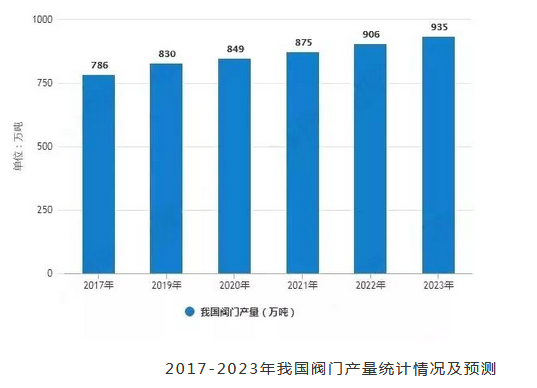 Analysis of the development dilemma of China's valve industry

1. The overall market concentration of the industry is low.

2, most of China's valve enterprises are still in the industry's low-end market

Low-end industrial valves and civil market of the main products are cast iron valves and valve, bronze valves, valve products for the market demand is big, low technical content, barriers to entry is not high, with a large number of domestic, mill type small valve manufacturing enterprises, some operators to buy the valve without name address, print famous manufacturer of famous brand and certificate of approval, market competition is intense but disorderly, the low level of profit. At present, more than 90% of the domestic valve export enterprises belong to the parts manufacturers or OEM manufacturers, of which a considerable number of enterprises in the low-end industrial valve and civilian valve field.

Analysis of favorable factors for development of valve industry in China

Petroleum and petrochemical industry in China is developing in the direction of large scale and scale, the next five years will continue to maintain the sustainable development, the domestic dozens of sets of thousands of equipment of oil refining and megaton ethylene plant is facing new and renovated, at the same time, the transformation and upgrading of petrochemical industry faces, such as hydrogenation mention quality, three wastes recycling energy conservation and environmental protection project a lot, become a petrochemical valve, flange and forging new market space.

With the promotion and application of clean energy, more attention will be paid to the popularization of liquefied natural gas (LNG), and the demand for cryogenic valves will increase significantly. The key valves of China's ultra (ultra) critical thermal power units have long been dependent on imports, which not only increases the cost of power construction, but also is unfavorable to the technical progress of domestic valve manufacturing industry. In terms of large gas turbines, the state is also investing a large amount of manpower and financial resources to encourage the introduction, digestion, absorption and innovation, so as to change the dependence of large gas turbines and their key equipment on imports. In this context, petrochemical special valve, ultra-low temperature valve, ultra (ultra) critical thermal power unit vacuum butterfly valve, large gas turbine steam reheat valve and other products will face a wide market demand.

Of industrial valves main products for the use of the market environment relatively loose industrial valves, generally for carbon steel or stainless steel valves, valve product market demand is big for this market, need to meet the quality requirements of industrial, technical content is higher, generally set qualified supplier qualification and terminal customers, so there is a certain industry barriers to entry, competition level is lower than the low industrial valves and the valve market, higher profit levels. Valve industry in China, some big enterprises, as a result of earlier to enter the international market, in terms of production technology and production technology is relatively mature, and many international customers to establish a stable relations of cooperation, valve production levels have increased greatly, valve production increased dramatically, also has in the end the valve market occupies more important position, has the certain industry.

Previous: Western media: Xiong'an will showcase the future of urban development, planned for 2035